I'm 2 months behind in updating ya'll, but we officially have a new daughter!!!! 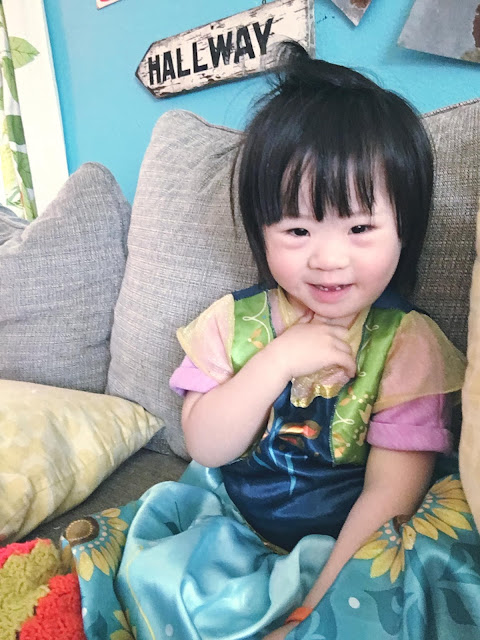 Jade & I started pursing our adoption at the very end of July & quickly had approval to adopt Edie.  Then it was truly a paper chase for me to get us to her as fast as I could!  It took about 7 months from ground 0 to travel!

Jade & I left for China March 1st.  We arrived in Beijing & spent a day and half touring the city.  We absolutely loved our time in Beijing.  For two mid-westerners with not much big city experience we did it all!  We tackled the subway solo & took several city buses!  We ate noodles with the locals, marveled over the great wall & the forbidden city.  We soaked up the culture and fell in love with our girls home land. 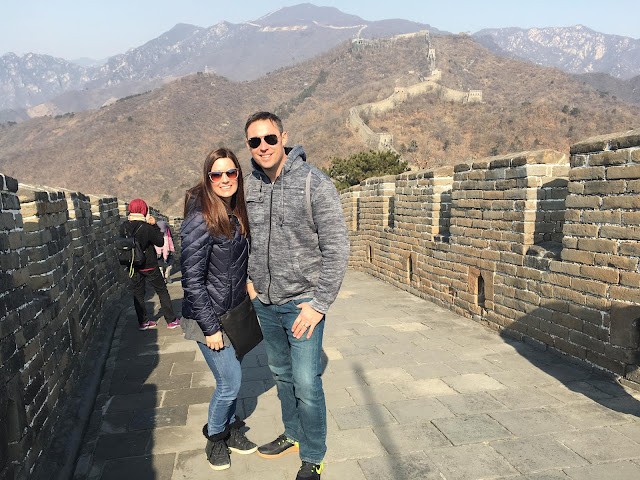 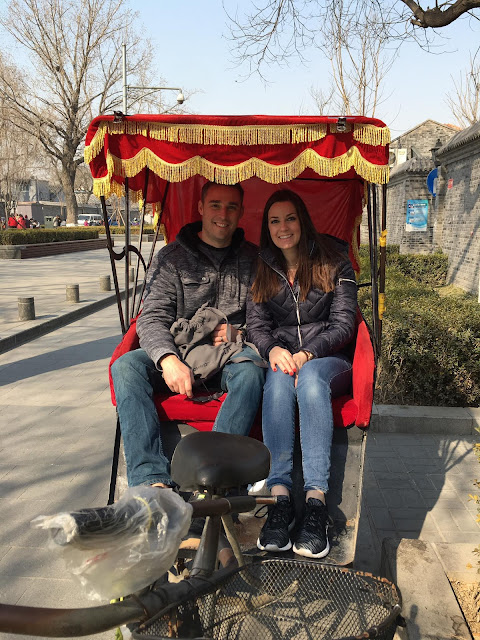 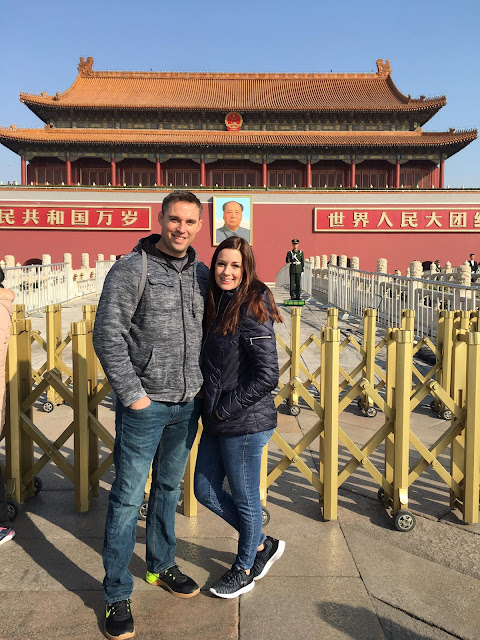 Then we hopped on a bullet train to Jinan, the capital city of Edie's province.  The bullet train was a totally unique experience as well since we don't have anything to compare it to in America.  We arrived in Jinan at night and the entire city was lit up like Las Vegas!  It was beautiful and in some ways eery.  There were hundreds of massive sky scrapers - completely empty - without a light on inside!  It was apparent that this was a quickly growing city, that would be massive in the future!  Jinan has 7 million people and I can't imagine how many will be there in a few years - their housing is ready for them!

Sunday morning we woke up and made our orphanage donation & went to walmart for a stroller.  They were bringing Edie to us at 3 PM.  It was the longest day ever, very similar to labor.  We were so excited and so nervous.  We prepped our room a thousand times, and prayed as a couple over the newest child we would be receiving.

They brought her to us and literally left her with us after 20 minutes.  She was the most beautiful gift we have ever been handed, that wasn't ours to begin with.  It was a long couple of heart wrenching days as our beautiful girl grieved hard.  We knew we could offer her a beautiful life, love, and a family, but giving up everything she has ever known had to be terrifying.  She's 3 years old and has only known orphanage walls and her nanny that's been with her since birth.  Now she was saying good bye, being held by people that looked funny & spoke another language, and they would take her half way around the world to a place that would never be like her home land.  It's overwhelming to imagine doing a change like that as an adult, let alone as a child. 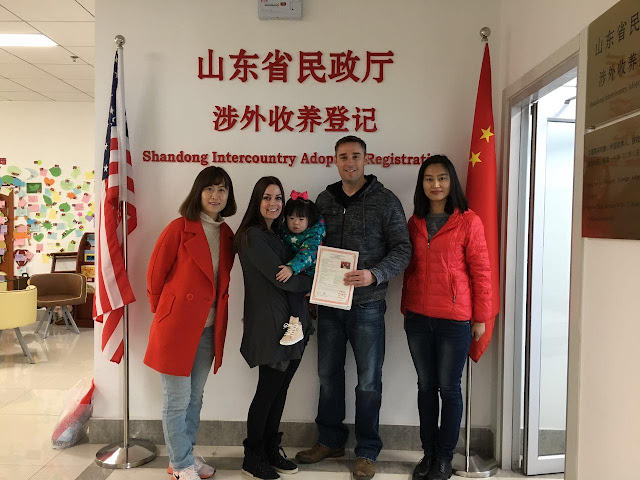 She was officially adopted March 6th, 2017 in Jinan Shandong.  We then drove to Tai'an, where she had lived the past 3 years to file for her passport.  The rest of the week we spent touring Jinan and bonding with our daughter.  Every single day we would get more glimpses into who this sweet girl was and she would expose more of her heart to us!  I can't even begin to put into words what that feels like to watch it unfold!  We were head over heels in love with her from moment one, she took time to feel the same about us.

We absolutely fell in love with her city.  It has several natural springs, a giant lake, an amazing food district, ancient homes & alleys, a square full of life with people dancing, singing, and playing "tops".  Everything about where she is from was beautiful and we tried to just remember it all so vividly so one day we can share our memories with our girl! 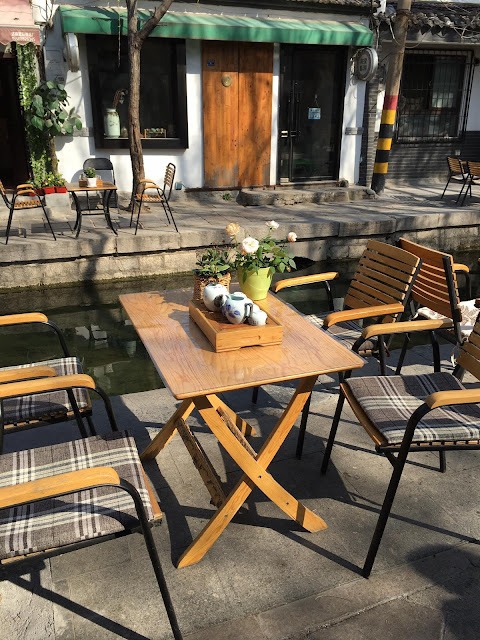 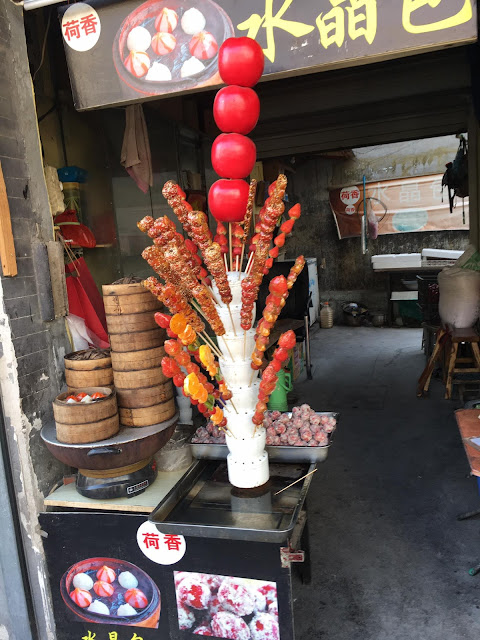 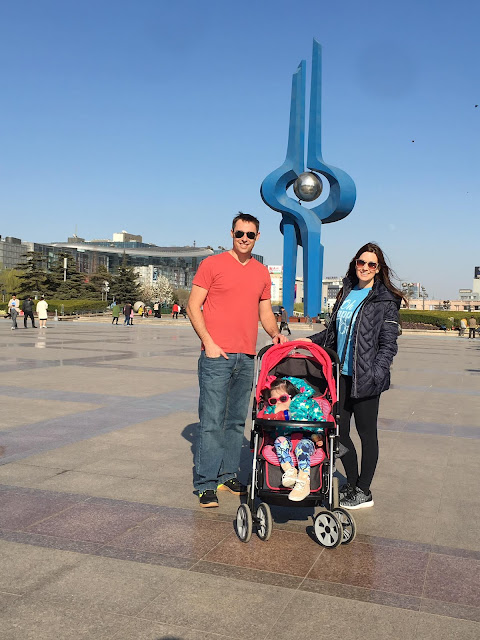 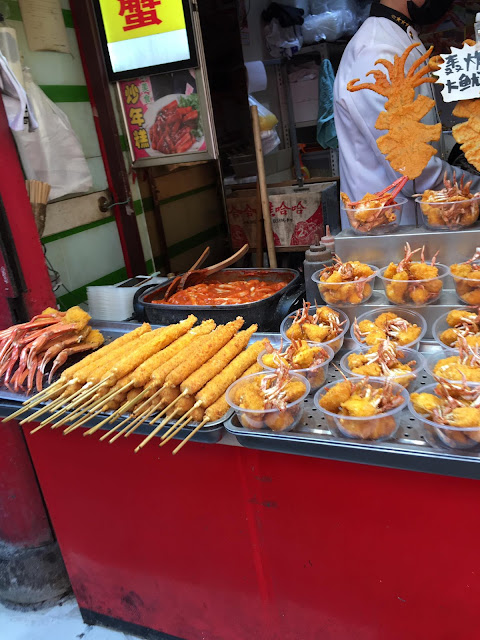 After spending almost a week in Jinan we caught an in-country flight to southern China to Guangzhou where all families from the US must go to finalize.  In Guangzhou we had a medical exam to test for TB and to check her over, then we had a consulate appointment to get her visa so we could come home.  It was humbling to see the huge line of Chinese waiting to get appointments at the consulate for a chance to come to America.  I'll never forget how I felt that day walking by the line and recognizing the tremendous gift we have to live a life of freedom here! 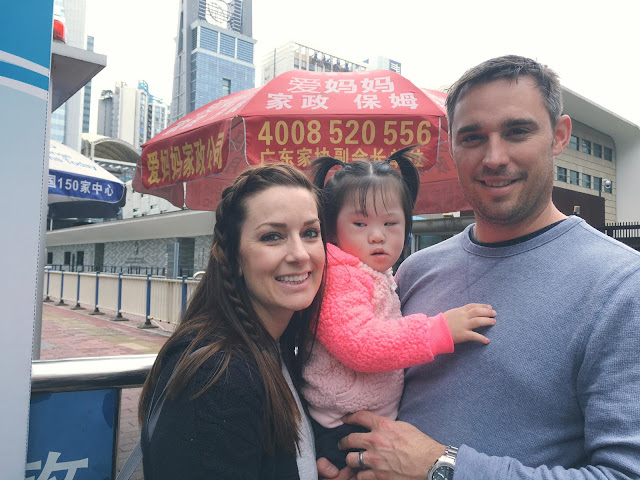 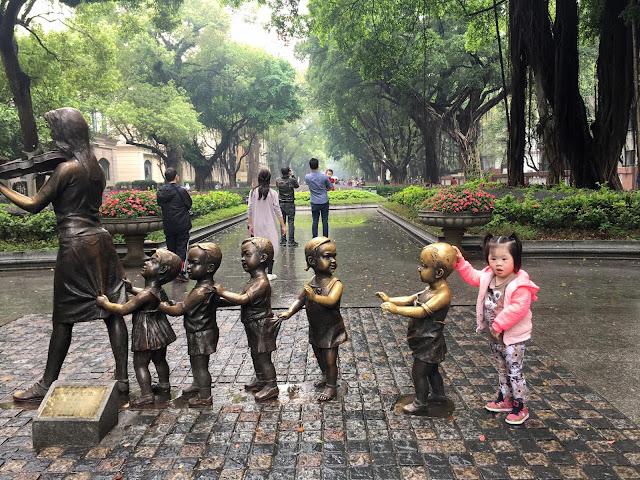 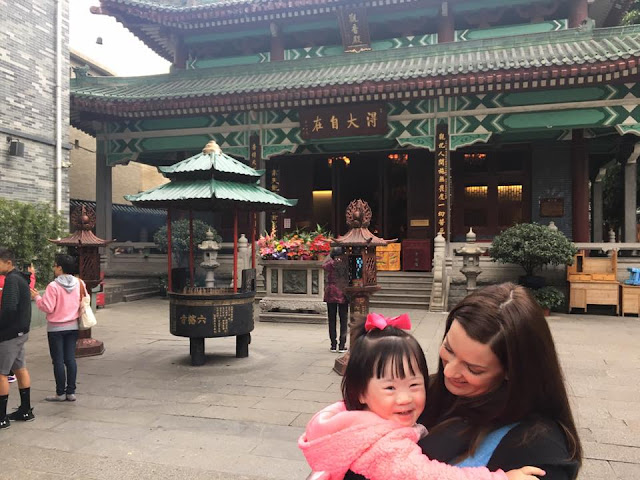 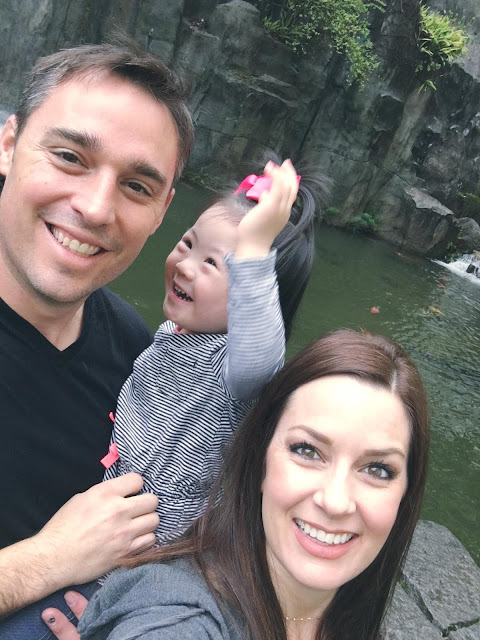 We were in Guangzhou an extended amount of time because sometimes her province takes longer to issue passports & we didn't want to have flights to come home, but no passport or visa ready to allow us to travel.  So we stayed clear until March 18th and then hopped on the longest leg of our journey yet to home! 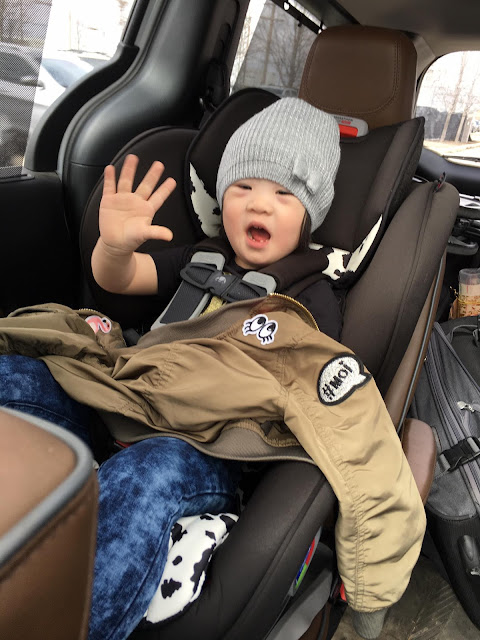 In typical Edie fashion, she traveled like a pro and we finally got home after nearly 26 hours of travel, but also on March 18th.  Ironically but yet not ironically because God - we arrived home on my Grandma's birthday - the Grandma that Edie is named after! 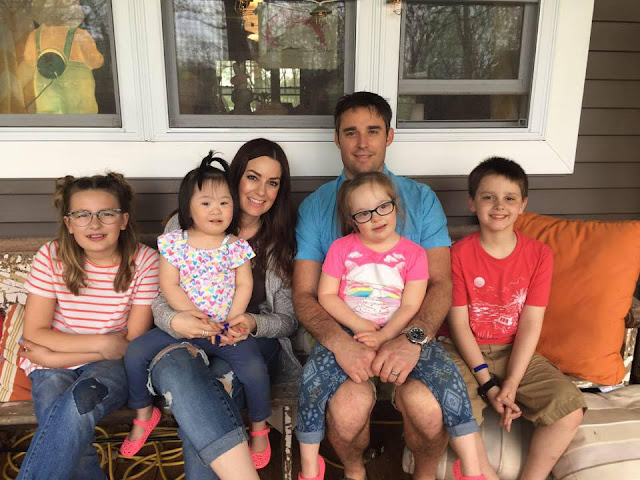 We officially had her in our arms a little over 2 months, and been together as a family almost as long.  She has been a true gift to us all and completed our family of 6.  Everyone adored her from the moment she met them and she adored them quickly after!  I really thought transitioning home would be a struggle and that we may have issues as kids found their new places with 4 vs 3.  I was wrong, they all adjusted beautifully and Edie is just like a bio kid to us all.  She slid right into the mix.  4 kids is actually not that much harder than 3 - especially when you factor in that she sleeps all night, and feeds herself.

Life is great and we are so over the moon happy with our newest girl & how her siblings adore her!

PS - I took 1500 pictures while in china so I'll spare you all the daunting task of looking through all those ;)

Thank you so much for your kind words & support! I love hearing from you & read each and every comment you leave for me! ~Annie 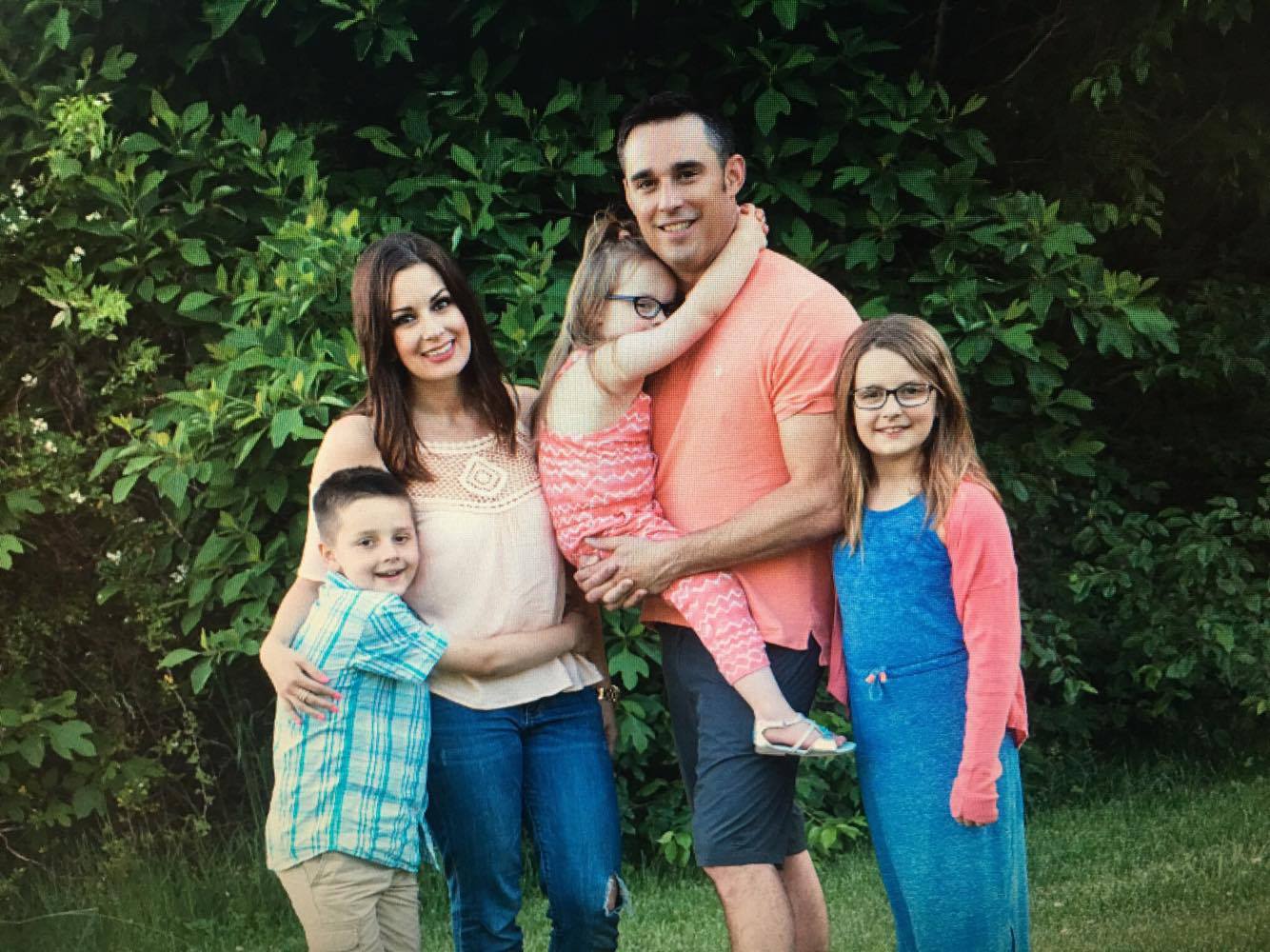 Annie
The House That Jade Built was named after our home that my husband built on his own. Our blog was originally started as a way to share my love for home decorating. It quickly turned into a journey of our pregnancy with a Down syndrome diagnosis & journey to open heart surgery. We shared our ups and downs, and journaled our way to our beautiful baby girl! Now we are so excited to share the adventure to bringing baby sister home from China! 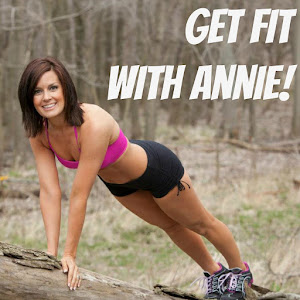 Get Fit with Annie!

Check Out How To Join Our Team! 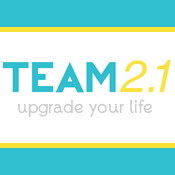 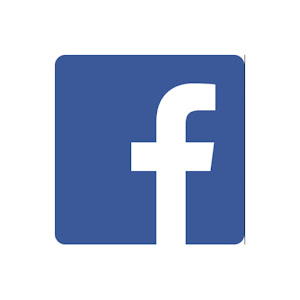 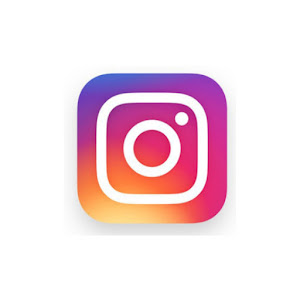 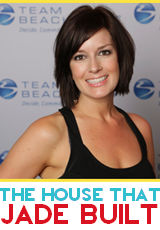